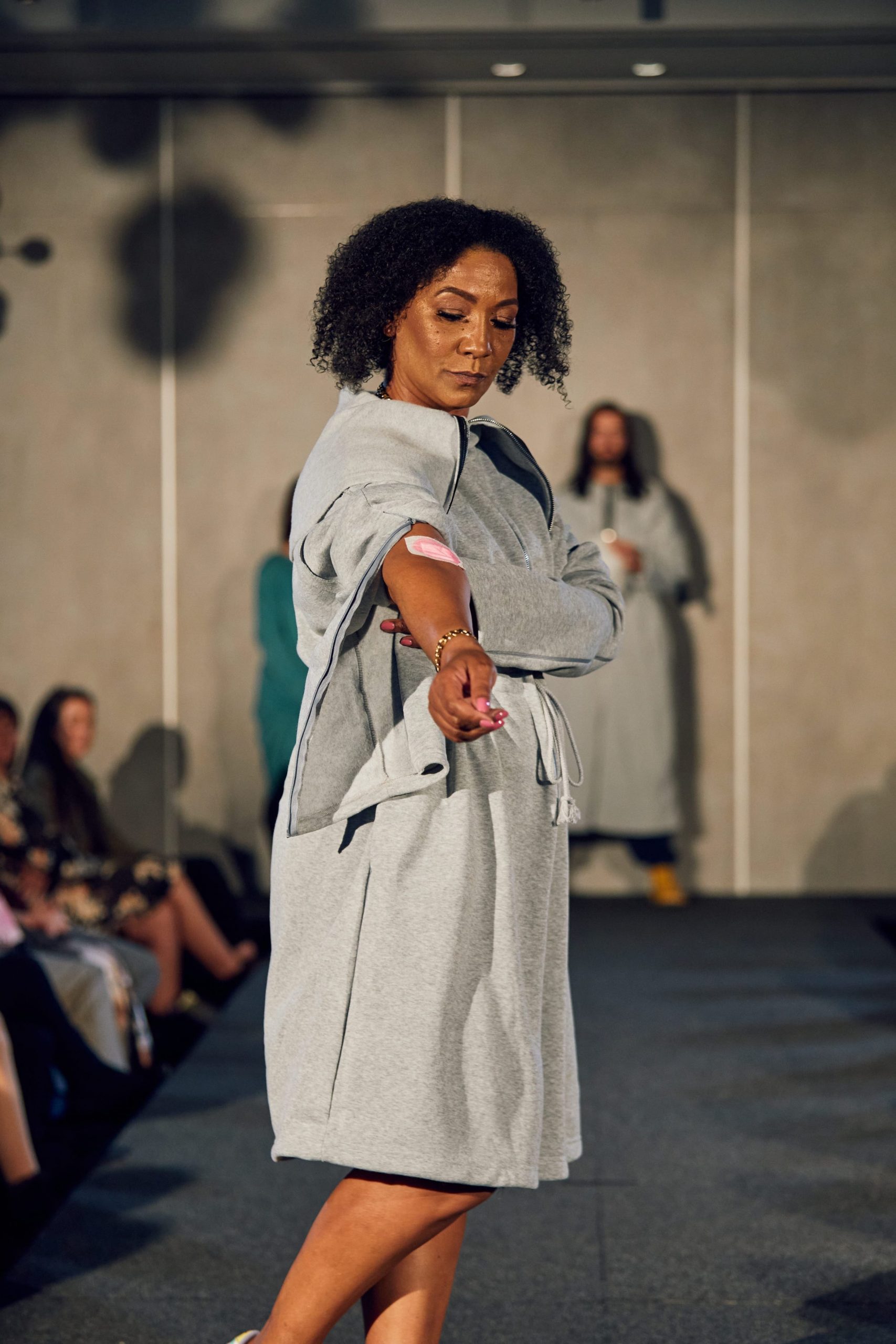 When you or a loved one are diagnosed with a life-changing illness, your world changes uncontrollably. Whether it’s blood tests, immunotherapy or dialysis, hospital visits become a central part of life that are impossible to ignore or switch off. This was the situation that York mother Joanne Nicholson found herself in, when her daughter, Emily Rhodes, was diagnosed with a brain tumour. While Emily was going through treatment, Joanne was crushed by the hurdles her daughter faced. In hospital, everyday clothes had to be taken off to receive treatment, making trips uncomfortable and humiliating. Out of hospital, people failed to take Emily’s illness seriously, making family outings unnecessarily hard.

When Emily passed away aged 24 in 2019, Joanne came together with friend and fellow mother, Claire Myles Wharton, to develop Warpaint. The pair wanted to create clothing that helped people like Emily retain their dignity and a sense of individuality while going through hospital treatment. “If you go into an office job, or if you’re a police or nurse, you’re wearing a uniform,” Joanne says. “But for us, there was nothing out there to help us feel like we’re part of a team or supported by anybody.”

Instead of having to remove clothes to access treatment, the duo make custom garments that enable bloods to be easily taken and medication administered. The zips, pouches and ports that allow this are all hidden, so the wearer can feel both comfortable and fashionable at the same time. As well as this, Warpaint’s feather logo hopes to be a striking reminder to the rest of the world that those who wear the clothes might need more understanding, empathy, or assistance.

Twelve months into developing Warpaint, Claire was diagnosed with breast cancer herself, which she’s currently undergoing treatment for. The clothes that she had spent hours designing with Joanne had suddenly become needed for her own hospital journey. “Through my own treatment, I’ve designed a pair of trousers that provides easy access,” she says. “Now the nurse doesn’t have to put the curtain round and I don’t have to remove my trousers. It's keeping my dignity and giving me back control.”

It’s this sense of empowerment that has formed a strong community between those involved with Warpaint. Family, friends, and countless strangers have reached out to the duo to express their support for the project. And their clothes are already making a real impact on people they know. Joanne tells the story of a close friend who felt dejected after a bowel cancer diagnosis, due to needing a stoma. After being invited to model for Warpaint, they say that their friend’s outlook on life has “completely changed.” When it comes to the York Fashion Week Independent runway, every model for the brand will have a diagnosis, including those with a range of conditions, such as cancer, dialysis and seizures.

In the momentous progress they’ve made in the past two years, Warpaint has completely changed the lives of Joanne and Claire. When Emily passed, Joanne explains how she wasn’t able to leave the house. “If this hadn’t come along, I don't think I would have been where I am now. Not only that but my son has benign tumours as well. I was only here to keep him going, but this has completely changed me.” Meanwhile, Claire explains “If I hadn't been doing this I would have never anticipated that I’d be wearing my own brand of clothing, but here I am.”

If there’s one thing that listening to Joanne and Claire’s determination has shown, it’s that Warpaint is truly fashion for the fight.

﻿BACK TO ALL YFW NEWS 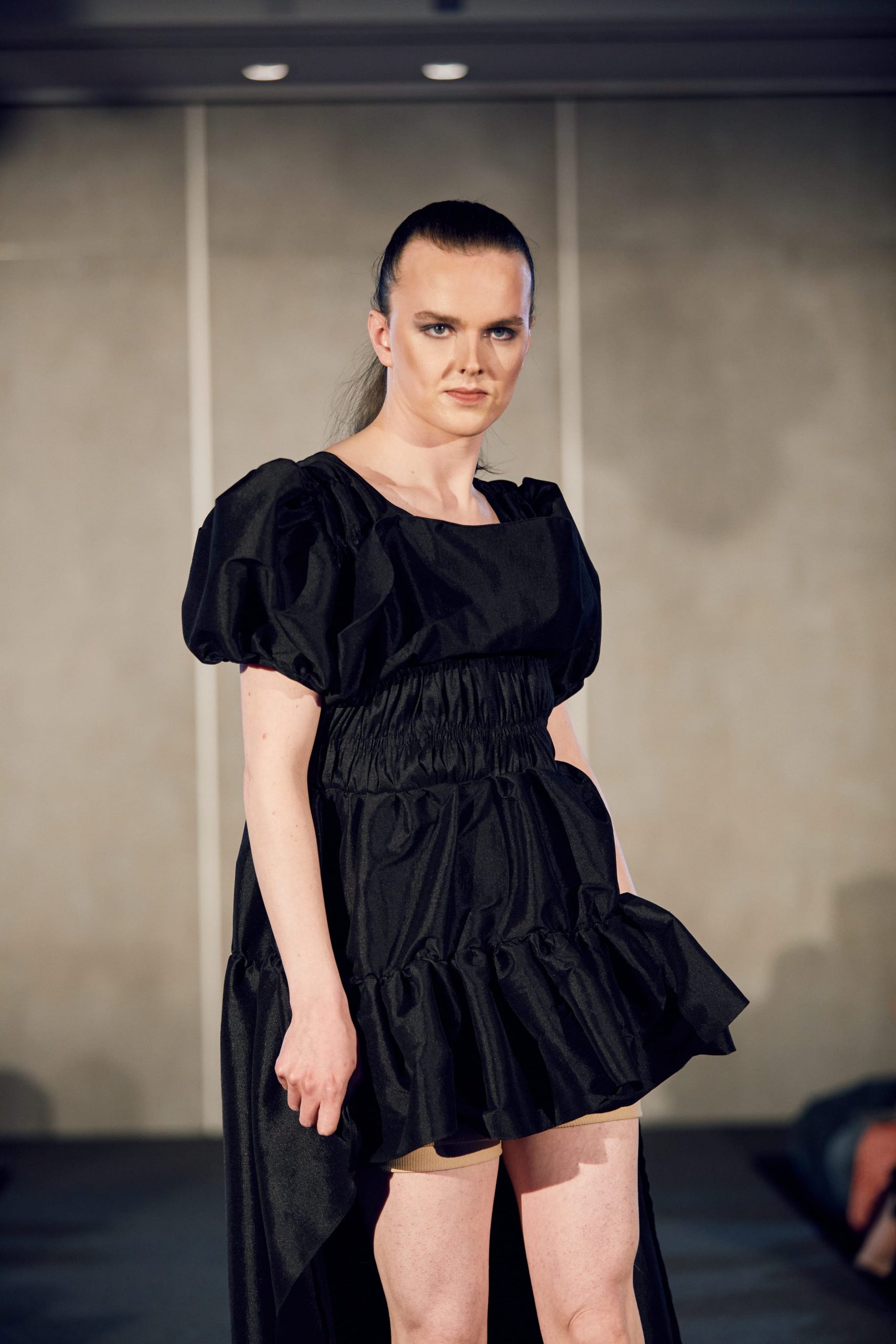 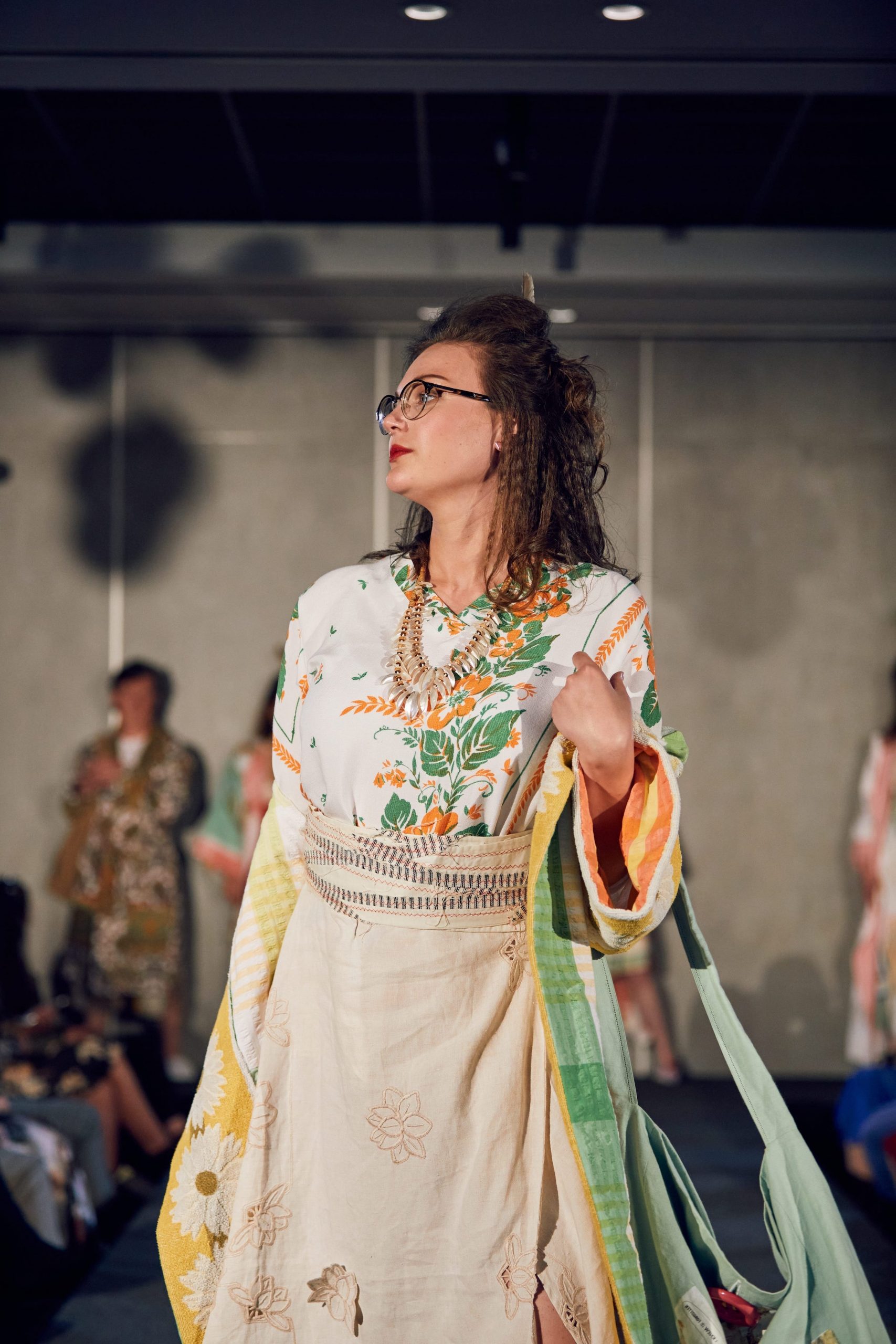 Bold, bright, and playful, Spitting Feathers are an independent brand specialising in … 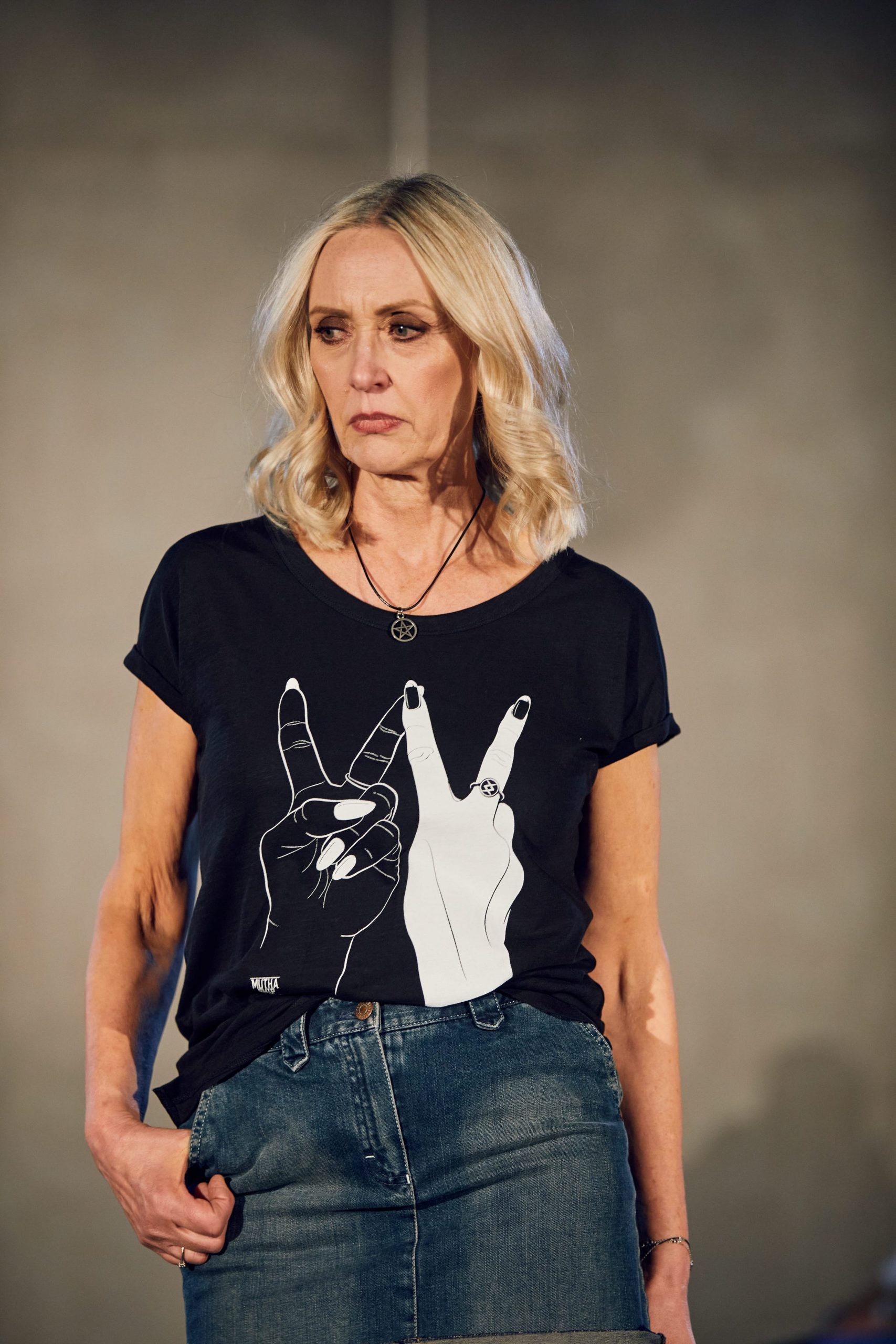 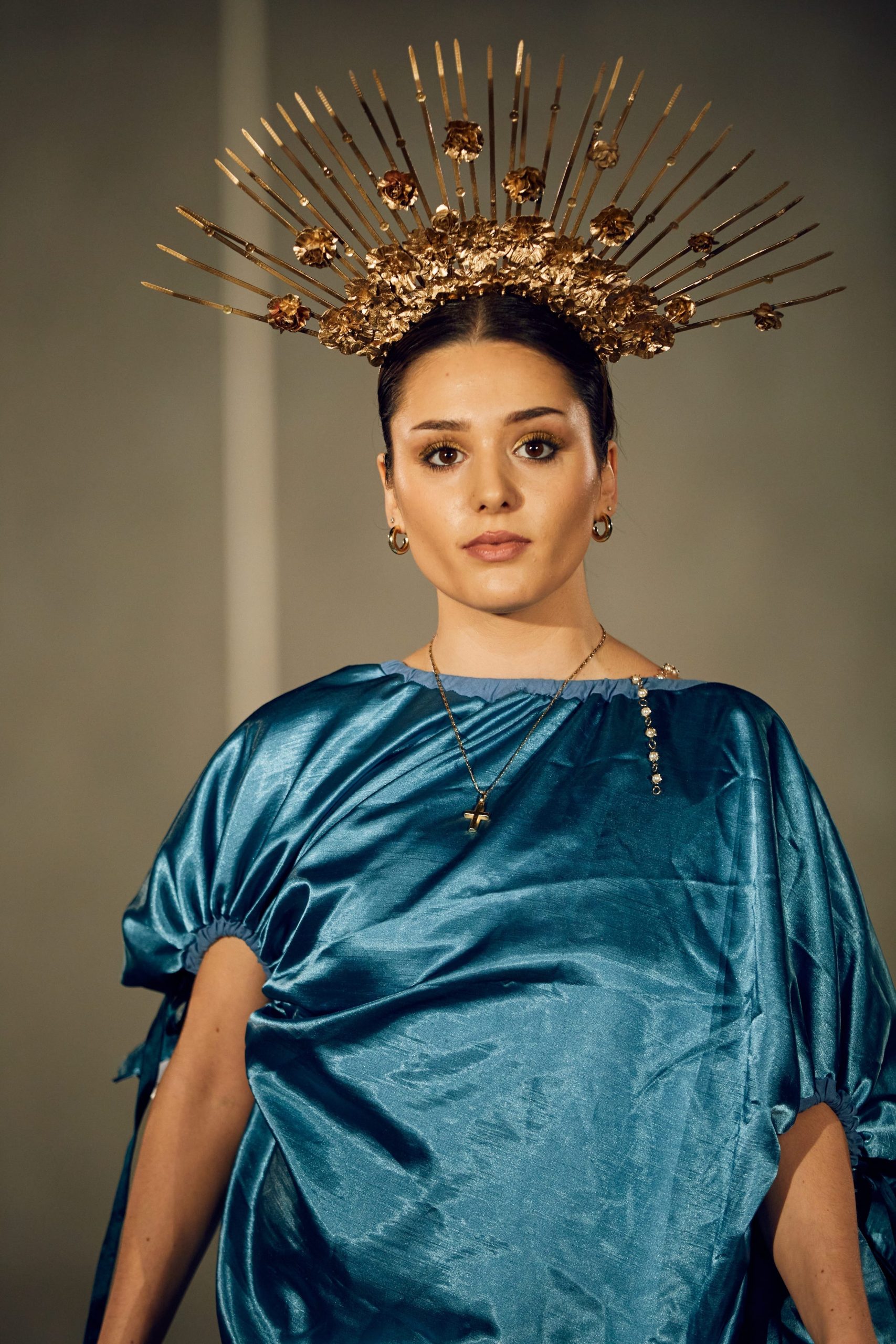 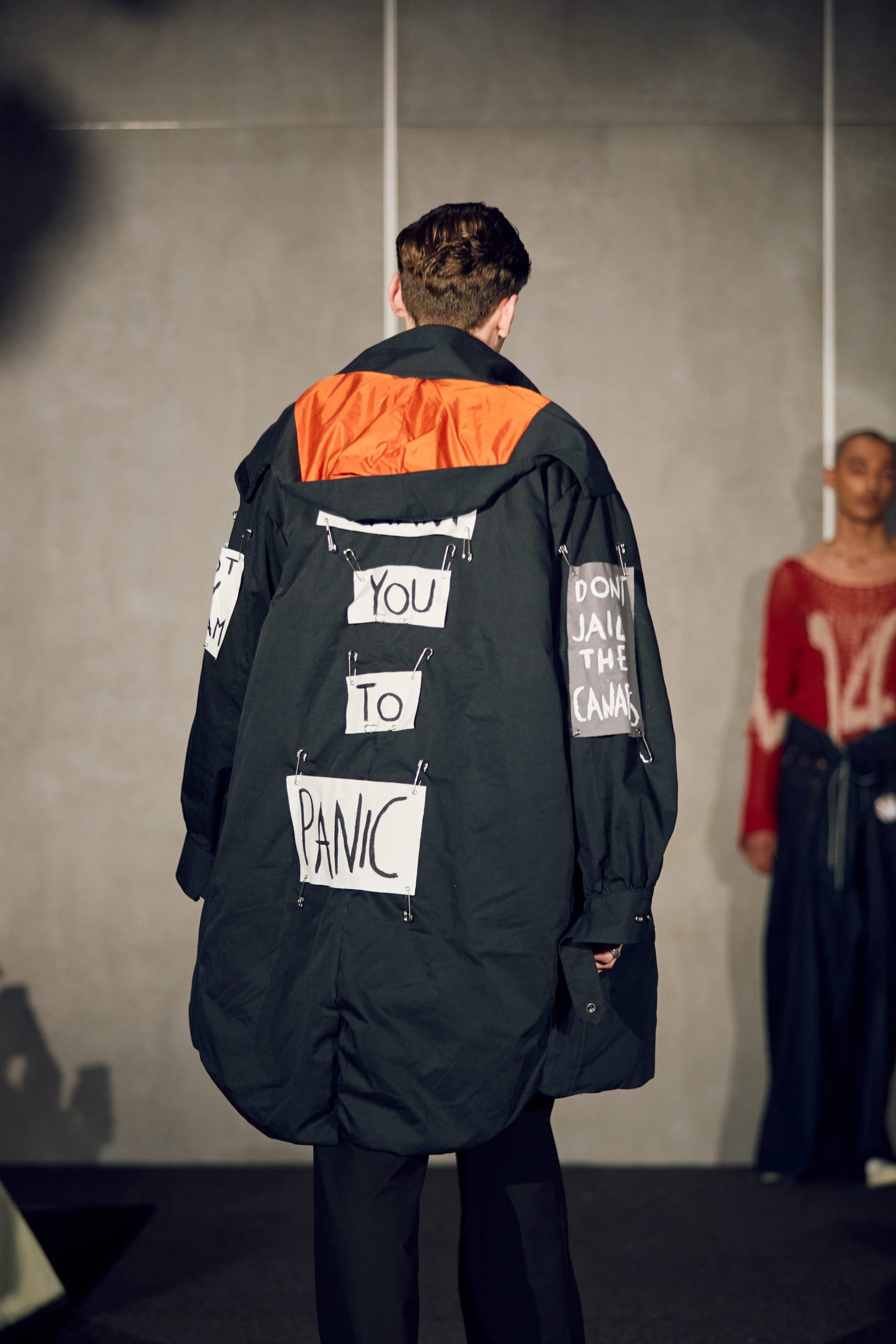 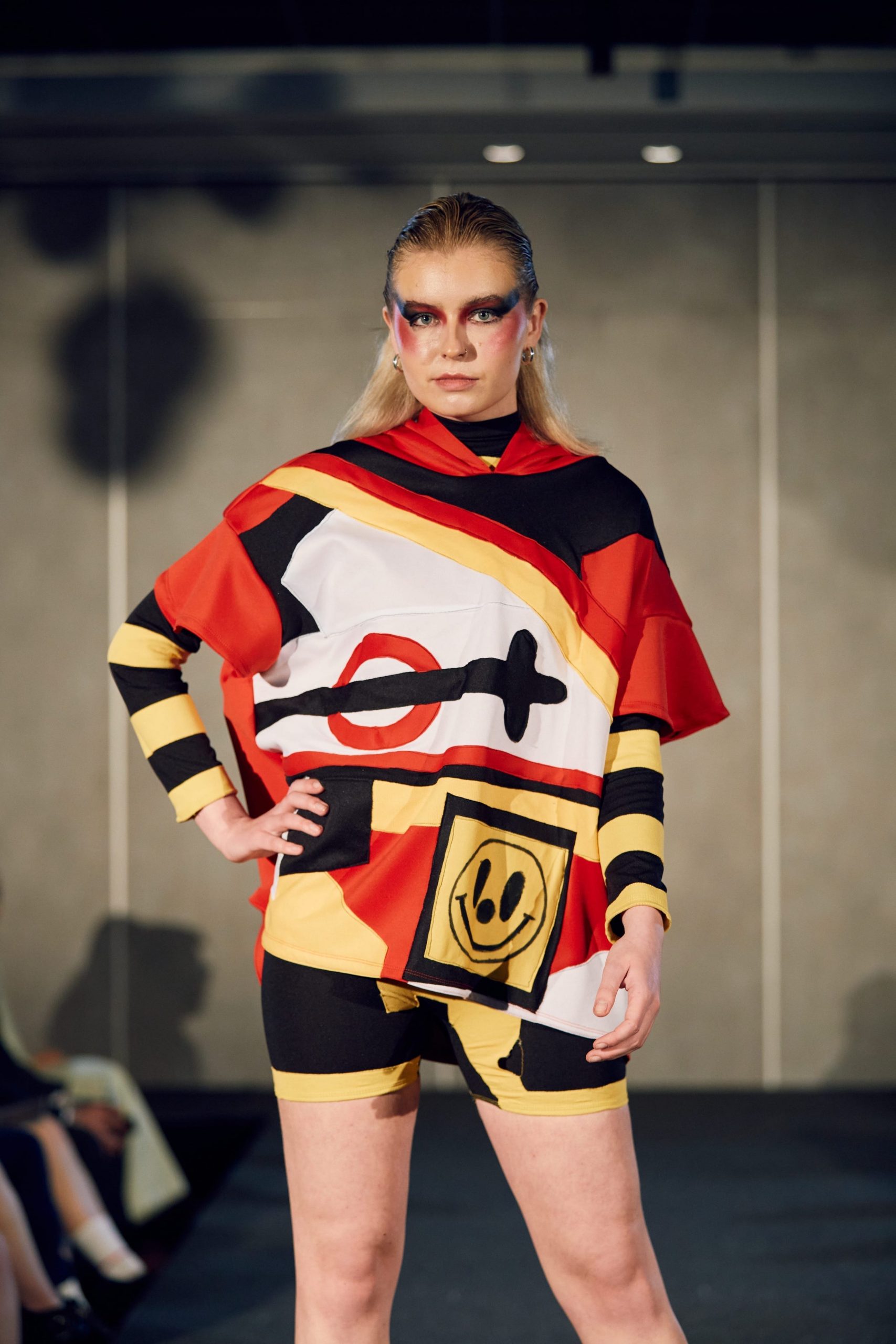 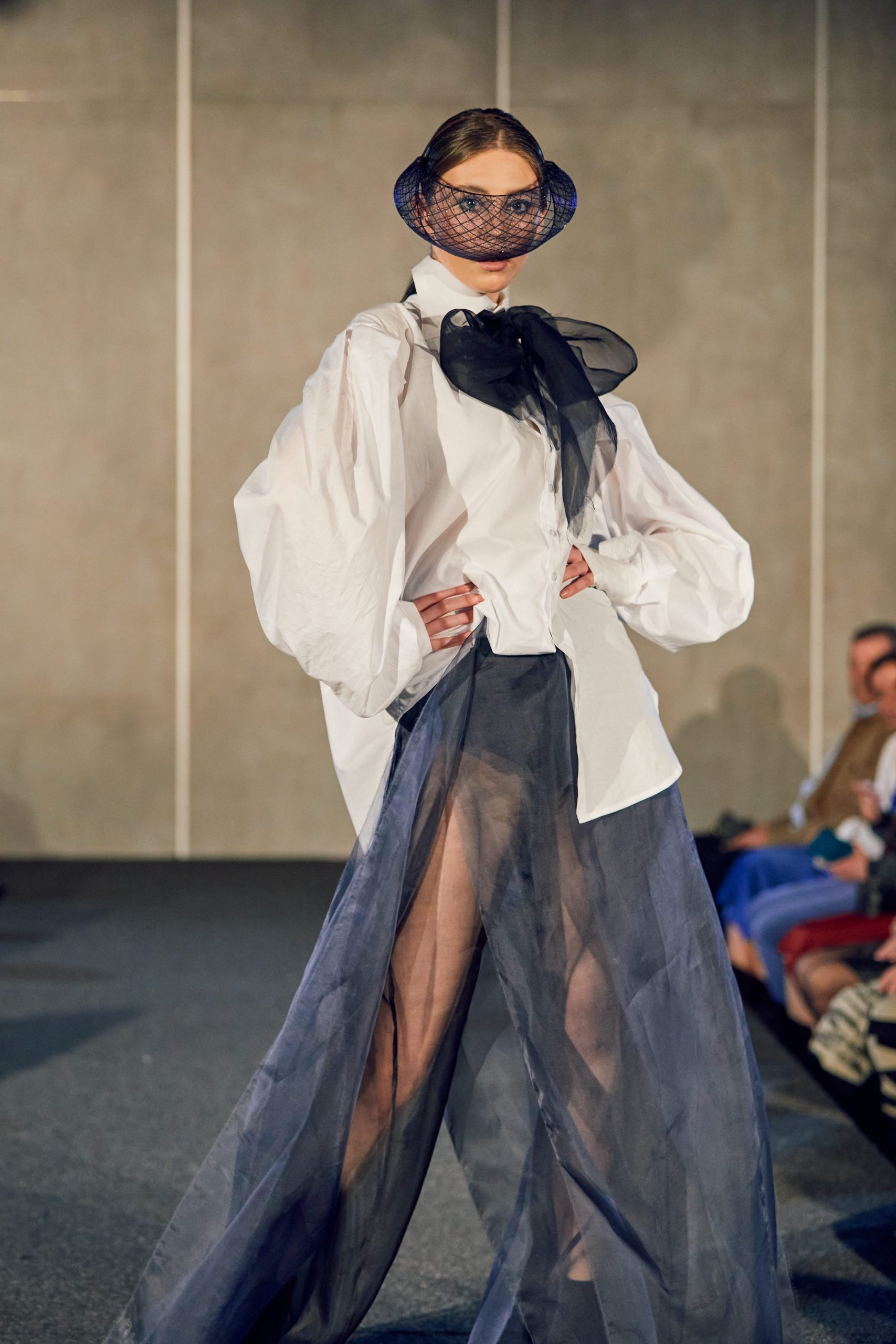 GET THE LATEST FROM YFW

Sign up to our newsletter to find out the latest news from YFW straight to your mailbox. We promise not to spam you with constant emails. It's not very fashionable.

Manage Cookie Consent
To provide the best experiences, we use technologies like cookies to store and/or access device information. Consenting to these technologies will allow us to process data such as browsing behaviour or unique IDs on this site. Not consenting or withdrawing consent, may adversely affect certain features and functions.
Manage options Manage services Manage vendors Read more about these purposes
View preferences
{title} {title} {title}

Epilepsy Safe Mode
Dampens color and removes blinks
This mode enables people with epilepsy to use the website safely by eliminating the risk of seizures that result from flashing or blinking animations and risky color combinations.
Visually Impaired Mode
Improves website's visuals
This mode adjusts the website for the convenience of users with visual impairments such as Degrading Eyesight, Tunnel Vision, Cataract, Glaucoma, and others.
Cognitive Disability Mode
Helps to focus on specific content
This mode provides different assistive options to help users with cognitive impairments such as Dyslexia, Autism, CVA, and others, to focus on the essential elements of the website more easily.
ADHD Friendly Mode
Reduces distractions and improve focus
This mode helps users with ADHD and Neurodevelopmental disorders to read, browse, and focus on the main website elements more easily while significantly reducing distractions.
Blindness Mode
Allows using the site with your screen-reader
This mode configures the website to be compatible with screen-readers such as JAWS, NVDA, VoiceOver, and TalkBack. A screen-reader is software for blind users that is installed on a computer and smartphone, and websites must be compatible with it.

We firmly believe that the internet should be available and accessible to anyone, and are committed to providing a website that is accessible to the widest possible audience, regardless of circumstance and ability. To fulfill this, we aim to adhere as strictly as possible to the World Wide Web Consortium’s (W3C) Web Content Accessibility Guidelines 2.1 (WCAG 2.1) at the AA level. These guidelines explain how to make web content accessible to people with a wide array of disabilities. Complying with those guidelines helps us ensure that the website is accessible to all people: blind people, people with motor impairments, visual impairment, cognitive disabilities, and more. This website utilizes various technologies that are meant to make it as accessible as possible at all times. We utilize an accessibility interface that allows persons with specific disabilities to adjust the website’s UI (user interface) and design it to their personal needs. Additionally, the website utilizes an AI-based application that runs in the background and optimizes its accessibility level constantly. This application remediates the website’s HTML, adapts Its functionality and behavior for screen-readers used by the blind users, and for keyboard functions used by individuals with motor impairments. If you’ve found a malfunction or have ideas for improvement, we’ll be happy to hear from you. You can reach out to the website’s operators by using the following email enquiries@yorkfashionweek.com

Our website implements the ARIA attributes (Accessible Rich Internet Applications) technique, alongside various different behavioral changes, to ensure blind users visiting with screen-readers are able to read, comprehend, and enjoy the website’s functions. As soon as a user with a screen-reader enters your site, they immediately receive a prompt to enter the Screen-Reader Profile so they can browse and operate your site effectively. Here’s how our website covers some of the most important screen-reader requirements, alongside console screenshots of code examples:

We aim to support the widest array of browsers and assistive technologies as possible, so our users can choose the best fitting tools for them, with as few limitations as possible. Therefore, we have worked very hard to be able to support all major systems that comprise over 95% of the user market share including Google Chrome, Mozilla Firefox, Apple Safari, Opera and Microsoft Edge, JAWS and NVDA (screen readers), both for Windows and for MAC users.

Despite our very best efforts to allow anybody to adjust the website to their needs, there may still be pages or sections that are not fully accessible, are in the process of becoming accessible, or are lacking an adequate technological solution to make them accessible. Still, we are continually improving our accessibility, adding, updating and improving its options and features, and developing and adopting new technologies. All this is meant to reach the optimal level of accessibility, following technological advancements. For any assistance, please reach out to enquiries@yorkfashionweek.com